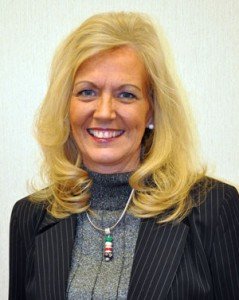 Doorn-Nylen also serves as a member of the District 205 Academic Enrichment Foundation Board. As alumni of this district, Doorn-Nylen is active in Education to Work programs within the region, and readily participates in the District 205 Business Symposium, matching the needs of local businesses to education curriculum, “Framing the Future” student summer camp programs, as well as the Job Shadowing programs and Junior Achievement opportunities through Education to Career Partnerships.

Doorn-Nylen has been an active participant in the South Holland Business Association since 1980, serving as Board Director from 1994 to 1996, Vice-President in 1997 and the first woman President from 1997 to 1999.

Doorn-Nylen has served on the Board of the Chicago Southland Convention and Visitors Bureau as a South Holland representative from 2002 through 2012. She currently continues to serve on the Grant Committee for the Bureau.

Doorn-Nylen was elected to serve on the Governing Council for Advocate South Suburban Hospital in Hazel Crest, Il. from October 2003 through December 2012. She occasionally served as liaison to the Accreditation Committee as a layperson for accreditation review.

Cindy Doorn-Nylen served on the Board of Directors for Illiana Financial Credit Union, with its corporate headquarters in Calumet City, IL., from 2002 through 2006. During that time she served on the Supervisory Committee as well as Secretary of the Board on the Executive Committee and chair of the Policy Committee.

Doorn-Nylen served as Chairman of the Board of the Chicago Southland Chamber of Commerce in 2001, where she has been an active participant since 1990. She served as Executive Vice-Chair of Business Activities during 1997 & 1998, Executive Vice-Chair of Government Affairs in 1999 and Chairman-Elect during the year 2000. She chaired the Southland Business to Business Showcase in 1995 and 1996. She was the recipient of the 1996 President’s Award for Outstanding Service in the Southland Chamber. In 1999, she received the award for Small Business Person of the Year. Doorn-Nylen also served as a director on the Board of the Chicago Southland Alliance from 2000 through 2003.

Doorn-Nylen was a member of the Local Workforce Investment Board of Cook County and also provided assistance on the Southland Education to Careers Advisory Council for the Chicago Southland area from 2000 through 2005.

Cindy Doorn-Nylen also served as a member of the Cook County Property Tax Forum committee through the office of Cook County Assessor James Houlihan, in an effort to address the property tax issues as they relate to the Southland region.

Doorn-Nylen has been a member of the South Holland Business community since 1977 where she began as a sales consultant for Gouwens Gifts. Doorn-Nylen has been involved in the floral and horticulture industries, as well as the giftware industry since 1980 when she joined the staff of Docter Florist, Docter’s Interior Plantscaping & The Dutch Mill Gift Shop as manager and gift buyer. She received her certificate in Floral Design in 1984 and achieved C.O.R.E. (Customer Oriented Retail Expert) Certification with the Chicago Giftware Association in 1987.

Cindy Doorn-Nylen is currently the owner and President of Docter’s Interior Plantscaping, Inc., a horticultural service company, located in South Holland, IL. She purchased Docter’s Interior Plantscaping in 1991 and became a Charter Sponsor of the Plants for Clean Air Council, now known as Plants at Work. Doorn-Nylen received her Certification in Plant Management & Design from the University of Illinois in 1994 and completed the Master Gardener Certification through the University’s Cooperative Extension Service in 1996. She is also a registered Illinois Notary Public.

Doorn-Nylen has been a resident of South Holland, Illinois since 1975. She is a graduate of Thornwood High School where she was active in the Distributive Education Program and served as secretary for the Class of 1973-74. She is married to Michael L. Nylen, Senior Vice-President of Trust & Wealth Management at MB Financial Bank. She has two stepsons, Nicholas and Sam. She is a member of First Reformed Church in South Holland.

My Tribute to Bert J. Docter